In this article you will learn how topically applied treatments are used to treat nail fungus:

1. The anatomy of the human nail
2. The organism behind nail fungus
3. How topical treatments work

1. The anatomy of the human nail

The skin is the largest organ in the body and its most important function is to provide a selectively permeable barrier to the outside environment. The outermost layer of skin is called the stratum corneum (SC), Latin for horned layer, which is a dynamic structure that functions to protect deep layers of the skin from infection and injury [1]. This layer is comprised of dense skin cells (15 layers deep) called corneocytes [2] that originate deep within the skin and migrate to the surface of the skin as they mature. Complete replacement of these cells in the epidermis takes approximately 1-2 weeks, as it takes about 24 hours to form a single layer of the SC. One of the most important structures of the SC is the nail, which is a flat, hardened covering at the tips of the fingers or toes that has evolved to function as a protectant for the tips of our digits. The nail covers and protects a part of the finger called the matrix (see below), which is a layer of skin under the nail from which all of the cells that become the nail arise [3].

The nail itself is comprised of three main layers. From the outer structure in, they are the nail plate, the nail bed, and the nail matrix. The nail plate, also called the dorsal outer layer, is dense and hard, consisting of keratin [4]. The nail plate is a thin (0.25 -0.6mm for fingernails and up to 1.3mm for toenails), hard, yet slightly elastic, translucent, convex structure that is made up of approximately 25 layers of dead keratinized and flattened cells. These cells are tightly bound to one another via numerous intercellular links, membrane-coating granules and desmosomes, which are cell structures specialized for cell-to-cell adhesion [4].

The nail bed is the skin beneath the nail plate [5]. Like all skin, the nail bed is made of two types of tissues: deep dermis, (the living tissue fixed to the bone which includes capillaries and glands), and the superficial epidermis (the layer just beneath the nail plate, which moves forward with the plate). The epidermis is attached to the dermis by tiny longitudinal “grooves” known as matrix crests.

The nail matrix (sometimes called the matrix unguis, keratogenous membrane, or onychostroma) is the tissue that the nail protects [6]. This part of the nail bed rests beneath the nail and contains nerves, lymph and blood vessels. The matrix is responsible for producing cells that become the nail plate. The width and thickness of the nail plate is determined by the size, length, and thickness of the matrix, while the shape of the fingertip itself shows if the nail plate is flat, arched or hooked [6]. The nail matrix continuously produces nail. The matrix at the base of fingernails consists of the most rapidly dividing skin cells in the body, which grow four times faster than toenails at a rate of about 3mm a month. This tissue consists of rapidly proliferating skin cells that soon fill with the protein keratin. This is the protein that gives strength to the nail [7].

The nail-plate (corpus unguis) is the actual nail that we usually refer to as the “fingernail” or “toenail.” This part of the nail is made of a clear protein called keratin. Several layers of dead, flattened cells make the nail strong and able to protect the end of the finger, yet partially flexible. The nail-plate is comprised of dorsal, intermediate, and ventral layers. The dorsal outer layer is dense and hard, consisting of keratin. However, despite its hardness, this layer of the nail is only a few cells thick (approximately 0.5mm) [8]. The dorsal and ventral layers of the nail plate have the highest concentration of lipids in the nail, and affect penetrability of treatments (see below) [9]. In intermediate layer of the nail plate contains highly compressed, flattened cells, in comparison with the other two layers, which contain softer, less compressed cells [10].

Keratin refers to a family of fibrous structural proteins that give nails their hardness. Keratin is the key structural material that comprises the outer layer of human skin, hair and nails. Single pieces of keratin, or monomers, assemble into bundles to form intermediate filaments, which are tough and insoluble. These filaments are the building blocks of the nail.

Keratin filaments are comprised of keratinocytes, which are keratinized cells [11]. Keratinocytes serve many important functions, most important of which is the production of the structural protein keratin. Keratinocytes are formed deep in the skin and progresses up through the epidermis to the dorsal outer layer of the nail. During this migration, the cell is transformed right before reaching the SC into a mature keratinocyte, called a corneocyte (or squames, from the Latin word squama for scale or armor) [12].

This transformation causes the cell to change in a number of important ways. For example, the cell loses both its nucleus and cytoplasm, forms a tough outer structure called the cell envelope, expels a large amount of lipids into extracellular spaces, and aggregates large amounts of keratin inside itself. The resultant corneocyte is comprised of about 80% keratin by dry weight. By this stage the corneocyte is in reality a dead cell, as it lacks a nucleus and is no longer actively conducting biological processes. However, it now serves a structural purpose in the nail. Following maturation, this cell is shed in the normal skin cell turnover process.

Onychomycosis can be picked up form the outside environment in a number of ways, but some of the most common factors that can lead to a infection include: an injury to the nail or skin near the nail, getting a manicure or pedicure with utensils that have been exposed to an infective fungi, having moist skin for a long time (for example, wearing closed-in shoes for an extended period of time), walking around in moist environments that harbor the fungi (for example, a gym locker-room) or having a nail deformity or disease. Essentially, fungi prefer warm, moist environments. Therefore, lengthy exposure of the nail to these conditions can increase one’s chances of picking up a fungal infection from the outside environment.

An onychomycosis infection begins as a small, white spot of fungi underneath the fingernail or toenail, typically in a region of the nail called the hyponychium. This is the part of the nail immediately under the nail plate but above the nail bed that is located at the tip of the finger or toe, and is the most common location for initial nail infection. The fungi responsible for causing onychomycosis reproduce and increase in numbers by making copies of itself – a process called clonal reproduction [15]. This process can happen very quickly. As the fungal infection multiplies, it can invade deeper layers of the nail, and can eventually involve virtually any part of the nail anatomy, including the matrix, nail bed or nail plate. The extent of infection can vary greatly from individual to individual. 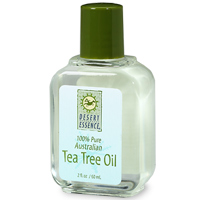 Topical drugs are the usual course of action of treatment of Onycomycosis because drugs can travel between cells via intercellular channels, and there exist a diverse array of topical treatments available both on the market and over the counter. Depending on the extent of the infection, these treatments must penetrate the nail and even the nail bed and matrix in order to reach the infection.

Topical treatments are treatments that are applied directly to the nail, and then soak through the nail into the nail bed and matrix. Thus, the ability of a drug to get through the nail is of utmost importance. The nail is made up of both fat-like (“lipid”) and water-like elements. Intercellular lipids are part of the barrier system of the skin; thus, it is not surprising that the stratum corneum (SC) contains a large amount of intercellular lipids. These lipids are found in extracellular space between corneocytes. It is generally accepted that these lipids play a key role in limiting the diffusion of topical onychomycosis treatments through the SC. This was a problem originally in the development of treatments for onychomycosis, as most topical fungal treatments were originally designed for non-nail application; thus, they were lipophilic and not suitable for topical application to the nail.

What are lipids? Lipids are fat molecules that have a polar head and two non-polar tails. The polarity in the head results from a molecular interaction between oppositely charged phosphate and nitrogen groups. This results in one side of the molecule being hydrophilic, or water loving, while the other side of the molecule is hydrophobic, or water hating. These molecules can bind together based on their water-hating and water-loving properties to form chains of lipids called membranes. The polar, water-soluble heads of the membrane point toward the water on the inside and outside of the cell, while the non-polar, fatty-acid tails point away from water and toward the interior of the membrane. The resulting bi-layer of lipid molecules thus contains an oily inner core. This core functions as a selective barrier that prevents water-soluble substances from moving past them.

The nail itself is comprised of approximately 7-12% water [4], and its many layers of dense, flattened keratin are considered hydrophilic (water-loving) [16, 17]. Water-soluble treatments, therefore, are much more effective as topicals than are lipid-soluble treatments, given the water-loving properties of the nail. In fact, the nail has been found to be more permeable to water than skin is [17]. Given the fact that keratin forms a hard, compressed covering over the tip of the finger, how exactly do topical treatments that are water-based get through the nail into the nail bed? There exist water-filled channels or pores spanning the membrane through which these substances diffuse.

Some exceptions to the water-fat rule do apply. For example, Vitamin E is a fat-soluble vitamin. Although it can be “water solubilized” in the lab to help its absorption through the intestinal wall, once it is absorbed into the body it would appear to behave as a fat-soluble vitamin does. Thus, the properties of some treatments must be studied carefully to determine how they will interact with the nail anatomy when applied topically, rather than orally.