Fungal infections in general, and particularly the infection of a nail plate pose a considerable treatment challenge. The reasons are many; the nail plate structure, the fact it lacks reparation mechanisms (most of it is out of the reach of the immune system), the speed of its growth (slow), and the biological characteristics of the fungi. 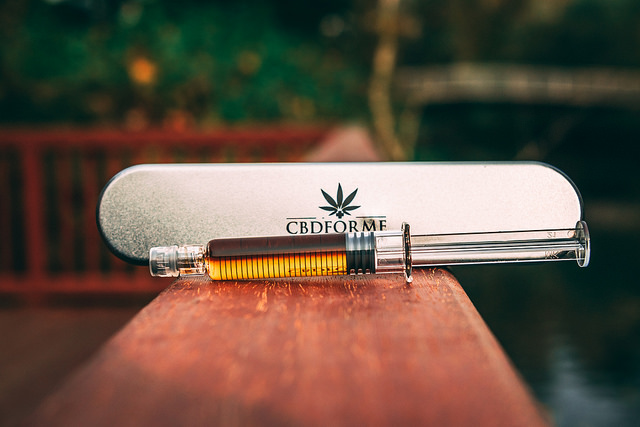 The therapeutic properties of CBD oil have been intensively studied in the past few decades with somewhat encouraging results. Research shows it has neuroprotective properties [1], changes psychological response to food (obesity treatment) [2], can be used as a painkiller in certain conditions [3], and there are encouraging results in cancer treatment as well [4]. The health benefits of CBD oil does not end here- at any given moment, dozens of preclinical and clinical research studies are conducted across the world while the body of evidence updates daily. Multiple sclerosis, HIV, opioid addiction, various psychiatric conditions, and cancer are only some of the areas CBD oil research focuses on.

Cannabinoids and terpenoids- a short guide through their (documented) effects

Cannabis or hemp is a plant CBD manufacturers use to extract the cannabinoids from it- substances with proven therapeutical effects for human health. The cannabinoid oil consists of two main fractions- CBD (cannabidiol) and THC (tetrahydrocannabinol). Other than those, different hemp strains contain more or less of other fractions, such as Cannabigerol (CBG), Cannabinol (CBN) and CBC (Cannabichromene). Each of those slightly differs from each other and have different health effects. Besides cannabinoids, another group of molecules also plays a significant role in hemp therapeutic properties. Those are terpenoids- aromatic compounds found in many plants, chemically quite diverse whose effects to humans reach far beyond the nose.

Using sophisticated technology, manufacturers separate the CBD from THC. The separation is needed to avoid well-known psychoactive effects and to eliminate the risk of addiction while preserving all therapeutic properties of the cannabis. The effects of CBD and THC are opposed to each other in some cases- while the CBD is used to put the appetite under control, THC stimulates it. Depending on the extraction technology used, final product- CBD oil contains more or less other fractions and no THC (the whole point of the legislation is to prevent THC spreading around as an OTC remedy).

Except the above mentioned two fractions, CBN (Cannabinol) and CBC (Cannabichromene), make significant fractions of cannabinoids. CBN is a degradation product of THC of no particular importance for health. On the other hand, CBC is a lot more interesting as it shows stronger antibacterial and antifungal effects than CBD. However, compared to conventional treatments, it’s antifungal effects are described as “mild”[5].

Cannabigerol (CBG), a biochemical precursor of cannabinoids mentioned above is another member of a cannabinoids family. It shows the strongest antifungal and antimicrobial effects compared to CBN and CBC [6].

Cannabis contains more than 100 different terpenoids as well. The distinctive smell of marijuana comes from these molecules- terpenoids are what the police dogs are trained to smell when searching for weed. Hemp strains used for the production of CBD oil are not as aromatic as marijuana; therefore they contain a lot less of terpenoids. One of these compounds is particularly known for its antifungal properties, and it’s called Caryophyllene oxide. It’s the only compound of hemp plant with antifungal properties stronger than conventional antifungal drugs. Back in 1999, a group of researchers used a sheep hoof plates to simulate human nails in order to research the antifungal properties of Caryophyllene oxide. The effects were comparable to those of the ciclopiroxalamine and sulconazole- the eradication was achieved after 15 days. This is the most important study about antifungal properties of a hemp compound after topical application [7].

Despite the limited data about the efficacy of CBD oil topical application in toenail fungal infections and research that suggests it’s less effective than conventional treatments, there are anecdotal reports of its miraculous effects unpaired to any other “classical” approach. However, all those reports from different forums have pretty much the same format- there’s that one guy who had a nasty infection for years, an army of doctors around him was wondering how they could help, suggesting treatments that completely failed and then, almost accidentally, he discovered the miraculous effects of CBD oil. The problem disappears virtually overnight never to return back.

Does it really works or it’s just a “gray hat” marketing campaign of affiliate associates? It depends whom you ask- people want to believe it works and that’s perfectly ok. Cosmetic defects of any kind are not something people handle very well, and toenail fungus is, for sure, one of those things that hurt the self-esteem more than a toothache will ever hurt.

To try it or not to try it?

So, is a CBD oil pure extract, or it contains other fractions? The whole process of CBD production turned into a lucrative business in the last 10 years. Some estimates say that CBD market net worth will reach $2.1 billion by 2020.  Legislation has not yet reached the level of “minor sub-fractions.” The chances are, in the next few years, “highly specialized” blends will be introduced to the market (it’s already happening in cancer treatment), and until that happens using commercially available CBD oil seems to be the only option.

Having in mind the treatment is safe and, practically without any side effects, it’s worth trying. At this moment, it’s safe to experiment with it- the chances are it won’t do much, but… There’s always a glimpse of hope it might work in your particular case.

Despite not so optimistic expectations at this moment, the chances are we will witness a novel and very effective CBD oil treatment of toenail fungus in the coming years. Until that happens, keep an eye on research studies!